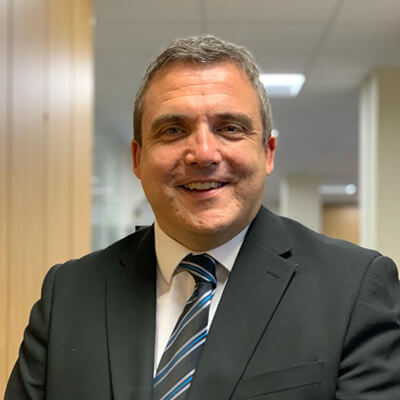 Mark was appointed as Chief Executive in January 2020 after previously holding the position at Dudley and Walsall Mental Health Partnership NHS Trust. He has over 25 years’ experience within the NHS, working across primary and secondary care, as well as within community and mental health services.

He is a qualified accountant by background and a member of the Chartered Institute of Public Finance and Accountancy.

Chris started his career as a general nurse, qualifying in 1987 and he has a wealth of experience having worked in both acute, community and mental health services. He joined the Board at Black Country Partnership as Director of Operations in April, having previously been Divisional Director for Learning Disabilities and Children, Young People and Families.

He is passionate about delivering high quality care and supporting the wellbeing of staff. 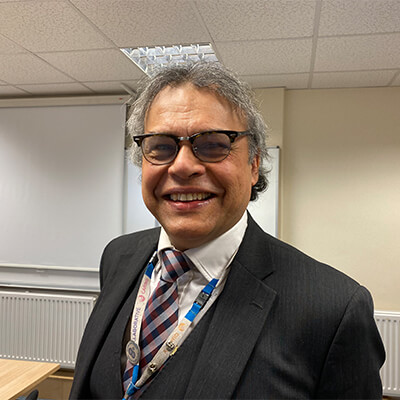 Mark qualified at Kings College Hospital Medical School in London, before returning to his Midlands roots to complete his postgraduate psychiatric training in Birmingham. He has been a consultant in general psychiatry in Walsall since 2004 and has been a senior medical manager since 2005.

Mark was previously Medical Director at Dudley and Walsall Mental Health Partnership NHS Trust. He is an alumnus of the Kings Fund Top Managers Programme and has a particular interest in leadership development and culture. 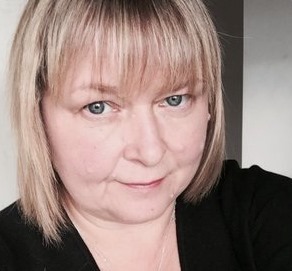 Rosie has worked in the NHS since 1985, qualifying as a registered mental health nurse in 1988. Rosie’s career has spanned a number of clinical and leadership roles including Nurse Consultant in acute mental health services and Associate Director of Nursing. Rosie has an MSc in Quality Management in Healthcare and has contributed to National Quality Improvement initiatives. She is passionate about driving quality improvement and patient safety, and has a broad experience in quality governance. 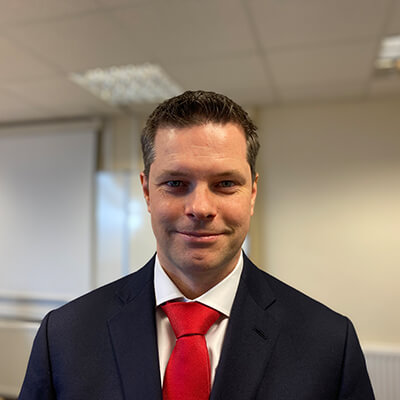 Rob is a qualified accountant with over 15 years’ experience in NHS finance, having started his career as a member of the NHS Financial Management Training Scheme. Throughout his career, Rob has worked both in provider and commissioning sectors in senior management roles.

He is a member of the Chartered Institute of Management Accountants and also the HFMA West Midlands Branch Chair, and a member of the Mental Health Steering Committee for HFMA. 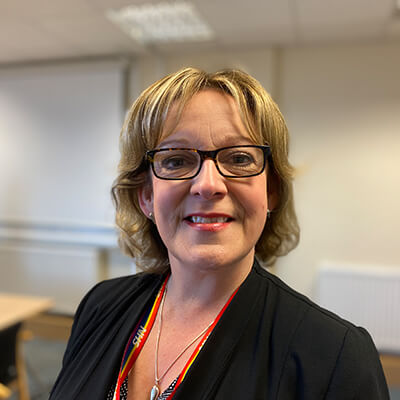 Marsha began her NHS career in 1995 via the NHS General Management Training Scheme. She then undertook a range of general management and service development posts within mental health services in Birmingham and Solihull, before project managing a number of NHS mergers.

Marsha was the project director for the formation of Dudley and Walsall Mental Health NHS Partnership Trust. Since then, she has developed a wide range of Board level experience, including operations, HR, communications and stakeholder engagement. Kuli began her NHS career in HR management, before moving onto service planning and transformation. She joined Black Country Partnership NHS FT in 2004, having previously worked for Wolverhampton PCT.

Kuli, who is a graduate of the NHS Leadership Academy’s Nye Bevan Programme, was appointed to her first director post in June 2019, when she became Interim Director of Strategy at BCP before being appointed as permanent during the merger of the two organisations. 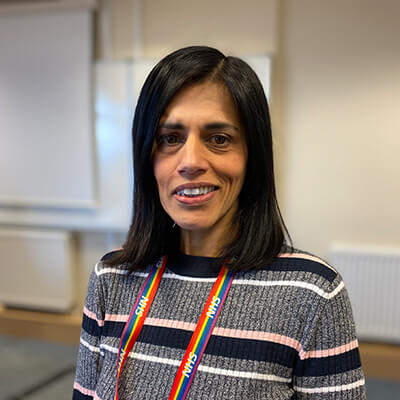 Ashi has 14 years’ experience working in the NHS, in both provider and commissioner settings. She has an MSc in HR Management and Business, and is also a fellow of the Chartered Institute of Personal Development. She is also a member of the West Midlands HPMA Committee supporting the development of HR and OD professionals.

Ashi is passionate about ensuring people have the right skills and resources to do their jobs well, and that their health and wellbeing is looked after.

Non-executive directors (NEDs) are members of the Trust’s Board of Directors, but don’t form part of the management team. They provide an independent oversight at Trust Board meetings and on committees. 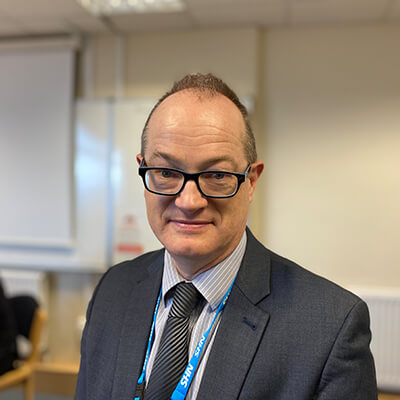 Jeremy was appointed as joint chair of both organisations on 1 October 2019 and took over as chair of Black Country Healthcare on 1 April 2020.

Jeremy brings a wealth of knowledge and experience to the Trust having spent his 29 year career within health services, public services and the voluntary sector. He was previously chair of the Royal Wolverhampton NHS Trust and stepped down at the end of March 2019 having served as chair for 5 years, and a NED for 8 years – a total of 13 years, which is the maximum time allowed by statute.

Jeremy is a chartered manager with diplomas in health and social care and public service leadership. He has been chief executive at four voluntary sector organisations (in Dudley, Sandwell, Warwickshire and Wolverhampton) since 1992. 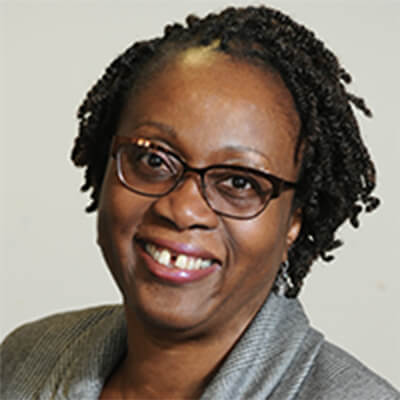 Joy is a registered nurse and health visitor, but is currently self-employed as an external policy consultant to the NHS, providing strategic policy advice, developing quality measures, leading strategic implementation and service review and redesign.

Joy has gained extensive experience of clinical leadership at both strategic and operational levels in the NHS, and was most recently employed as Executive Head of Nursing and Quality at the former Sandwell PCT and successor Black Country PCT Cluster. Andrew is currently Interim General Manager at Herefordshire MIND, a Group Non-Executive director of The Community Housing Group, for which he both is Chair of its Remuneration Committee and is a director of its trading subsidiary. Andrew is also a Trustee at the Black Country Living Museum.

Andrew's previous positions include the roles of chair of Sandwell Leisure Trust and Chief Executive of a retail interiors design and manufacturing group, and he was a former manufacturing consultant to the European Union.

He has experience in both the public and private sector in entrepreneurial management; business development and acquisitions; sales and marketing; business evaluation and change management, and has professional interests ranging from commercial interior design to conservation and ethics. Christine has over thirty years’ experience in the NHS, after beginning her career as a nurse in 1983. A former Deputy Chief Executive and an experienced NHS Director, she has held a number of senior roles in acute and community trusts and in NHS Commissioning, leading on strategy and transformation.

In recent years she has led transformational work across economies and whole systems to deliver new models of care and specifically enable the sustainability of high quality clinical services for patients. 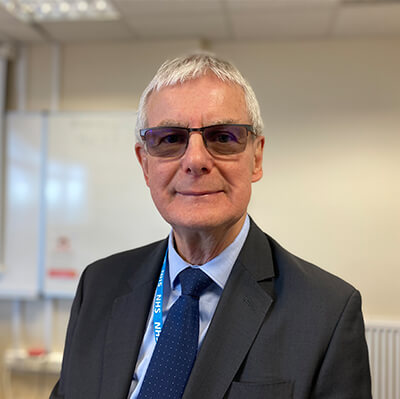 David held a number of senior management positions within the NHS across both primary and secondary care, most recently as Associate Director of Clinical Governance at the former Birmingham East and North PCT. Before that he had been Chief Officer at two Primary Care Commissioning Groups in the Birmingham area, Project Manager with North Derbyshire Health Authority and the Unit General Manager of a large general hospital in the Black Country.

David has been a publicly elected governor at the Dudley Group NHS Foundation Trust and is currently a patient representative on Dudley Clinical Commissioning Group’s Primary Care Commissioning Committee, a volunteer with Healthwatch Dudley and a School Governor. 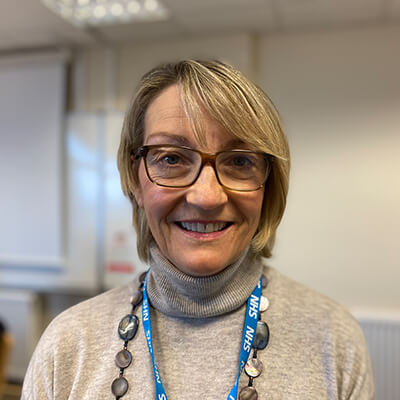 Debbie has worked in the NHS since 1981, qualifying as a registered nurse in 1985. She has operated as an Executive at Board level for the past 15 years, working in both commissioning and provider organisations and has spent the whole of her career in the North West.

Debbie’s previous role to this appointment was a Chief Operating Officer and Executive Nurse for a clinical commissioning group, also working as the Senior Responsible Officer for Mental Health and Learning Disability programme, across the Lancashire and South Cumbria Integrated Care Partnership.

Debbie has also had experience working in a number of national roles which included the National Institute of Mental Health for England as senior consultant and as a review team member for the Department of Health Gateway Team. 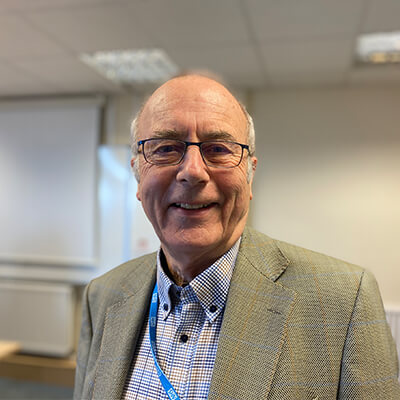 Following a period in the motor industry, John joined Dairy Crest, initially in finance, before moving into general management where he was responsible for operations in the East of England before working his way up to operations director.

In 1996, he joined British Waterways as general manager in the Midlands. He retired a decade later, in October 2006 as Managing Director. He served as a Non-Executive Director with West Midlands Ambulance Service for ten years from their formation as a Trust, to obtaining Foundation Trust status. A former U.K. Chief Executive of one of the world’s largest accounting and consulting firms, Sukhbinder has substantial boardroom experience in both the private and public sectors.

He has worked for over 30 years as a principal and an advisor in the major global financial centres. During this period, he has advised multinational businesses and governments to meet and exceed stakeholder’s expectations whilst maintaining world class governance.